"Every sixty seconds, an estimated 20 tonnes of plastic enter the world’s oceans..." 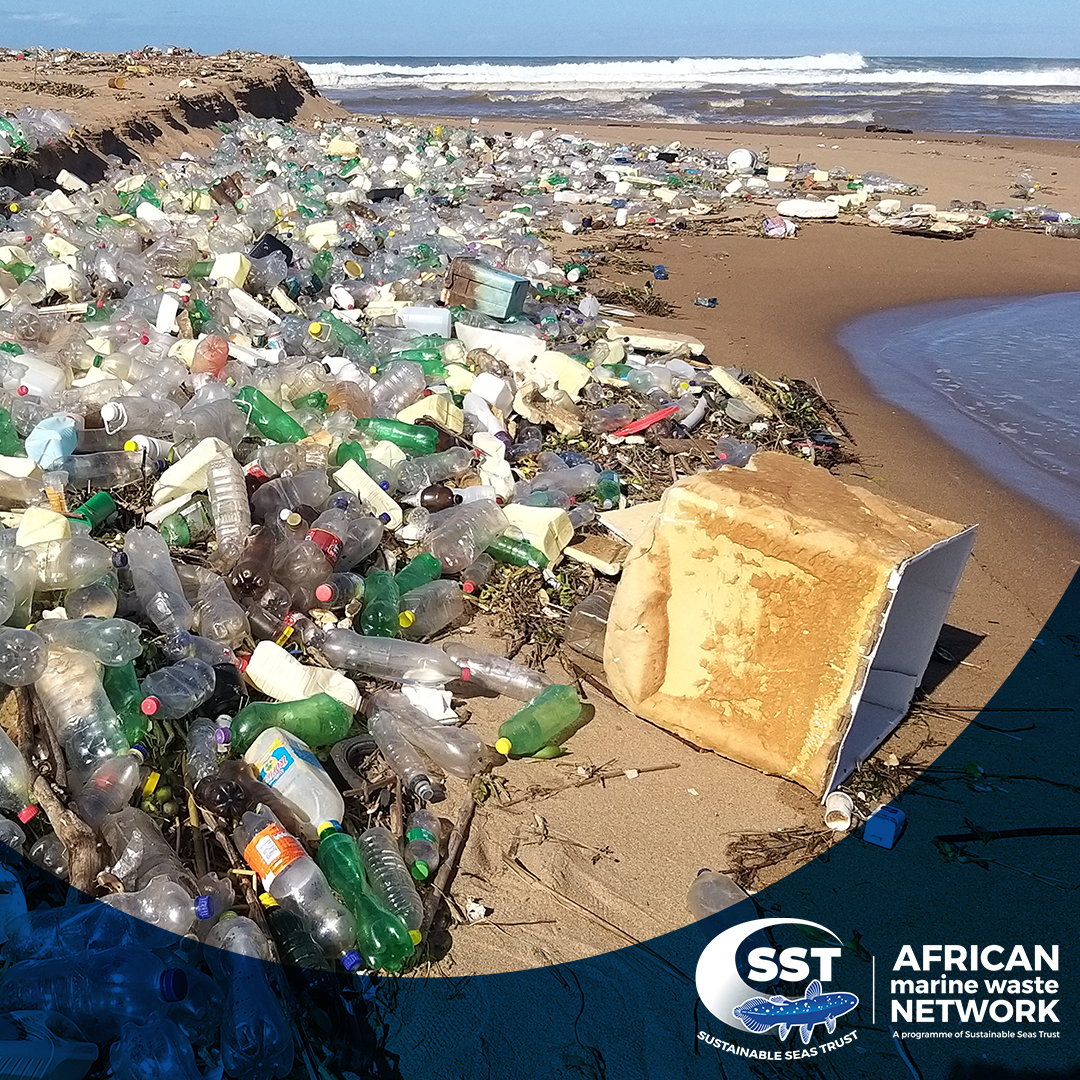 Every sixty seconds, an estimated 20 tonnes of plastic enter the world’s oceans, and – if we continue our current trajectory – this figure is predicted to rise to 56 tonnes per minute in the next 18 years.

In fact, with Africa seeing increased consumption due to economic and population growth, some experts are concerned that for Africa, these projections may be underestimated by as much as 12%.

To prevent these predictions from coming true, the United Nations Environment Assembly (UNEA) and UN Environment Programme (UNEP) have called for countries to put national and regional action plans in place.

In February, member countries at UNEA 5 resolved to develop, by the end of 2024, an international treaty to end plastic pollution. Although the prospect of a united front is cause for hope, plans for urgent, decisive action – that are workable for every nation – are the pressing issue.

Thus far, only a handful of Africa’s 54 continental and island states have begun putting such plans in place. One effort to encourage momentum is the “Towards Zero Plastics to the Seas of Africa” conference, taking place in South Africa from May 23 to 27. This one-of-a-kind conference, facilitated by the Sustainable Seas Trust’s African Marine Waste Network, takes place at a pivotal moment for the world.

The goal is for delegates from across Africa to help move their own countries forward by learning from experts and contributing their experiences. The outcome of the conference will be the publication of a Guide to the Development of National and Regional Action Plans to better manage plastics.

The action plans for a large coastal country, such as Nigeria or South Africa, which can leverage the power of their economies of scale, will differ from those of a small landlocked nation like Botswana or Lesotho, or even an island state, such as Comoros or Mauritius.

Because every country is different, the inclusion of a decision-making framework will help to ensure that each country implements plans best suited to its economic, cultural, and social circumstances.

As the second most polluted continent globally, Africa cannot ignore the plastics issue and its impact on human and environmental health and economic prosperity.

In the more affluent, developed nations of Europe, North America, and parts of Asia, the ocean plastics narrative often centres on saving marine life. In contrast, many developing African communities do not have the “luxury” of this focus, as they are concerned with their own immediate health and survival needs.

Strategies that work elsewhere in the world do not necessarily apply in Africa. Therefore, we need home-grown initiatives that take into account Africa’s unique and varying circumstances.

Outright plastic bans may seem like a progressive step and are certainly worthwhile for plastics like microbeads. However, other plastics often serve a cost-effective, fit-for-purpose function and banning them should be carefully considered, as it could have serious socio-economic consequences for developing communities.

Take, for example, the plastic shopping bag. More than 30 African countries have adopted some form of anti-plastic-bag policy. Whereas wealthier communities can afford alternatives to single-use bags, many poorer ones rely on and re-use plastic bags to transport and store food and other items.

In many places, plastic water sachets are also an affordable way to access clean drinking water. Replacing these with alternative packaging makes the product unaffordable and exposes people to the risk of cholera and other water-borne diseases.

Of course, the utility of plastics must be weighed against the fact that Africa has a serious plastic waste management problem. According to a WWF report, almost 90% of the 19 million tonnes of plastic waste collected in Africa in one year was mismanaged.

The Africa Waste Management Outlook, published by UNEP in 2018, indicates that not a single town or city is able to thoroughly manage its plastic waste. In South Africa, one of the continent’s leading economies, only 55% of households have access to municipal waste removal services.

Where plastic waste is left to degrade in controlled or illegal dumpsites under the hot African sun, or burned as the cheapest means of disposal, the chemicals released present a serious health hazard to people living, working, and playing in that environment. In fact, in their full life cycle, plastics make up 10% of all global greenhouse gas emissions, around the same as the world’s vehicles.

If we are going to succeed in helping countries move towards zero plastics in the environment, we need an evidence-based systems response in line with current research. This is why a conference like “Towards Zero Plastics to the Seas of Africa” is so important.

Success will depend on implementing national and regional action plans that include positive interventions for the entire plastics life cycle as well as actions at every step of the value chain.

Upstream, the process whereby producers and manufacturers make and distribute plastic products to consumers, is generally well-managed, with little wastage and environmental leakage. However, there is room for improvement, such as redesigning products to be more recyclable.

Downstream, where the product leaves the consumer’s hands and loses value, is where the principal issues for Africa lie. Therefore, the conference will focus mainly on the downstream aspects, with discussions around waste collection and management, data and measurement, economic policy and legislation, and education and skills development.

With an estimated 80% of the plastics entering the seas of Africa coming from towns and cities, finding municipal waste management solutions is a critical aspect of potential action plans. By 2050, Africa’s population is expected to double to 2.6 billion, which could collapse already underperforming systems.

If, instead, waste was effectively collected and sent to well-managed landfills and recycling facilities, far less plastic would flow from land to sea, resulting in cleaner cities with better real estate value, tourism, and human and environmental health.

We have already highlighted the human and environmental costs of doing nothing, but there are also economic benefits to be unlocked by acting on the plastics problem.

Principally derived from fossil fuels, plastics have potential value – even when they have been discarded. According to the Africa Waste Management Outlook, less than 4% of plastics are currently recycled – a far cry from the African Union’s vision for cities to recycle at least 50% of the waste they generate by 2023.

Recycling is a growth opportunity, but it needs private sector and enabling legislative support, such as tax incentives and a sustainable end-use market that gives waste value. There is no incentive for people to pick up discarded plastics if they can’t sell them.

Here, regional action plans come into their own, as the decision-making framework will take into account the economic viability of setting up a multi-million-dollar recycling plant or whether it would pay a smaller country without a viable market to rather export recyclable materials to a larger neighbouring country.

Plastics is a complex issue which is not yet taught widely in schools and universities. There are pockets of brilliant expertise in Africa, but general understanding is not where it should be, which means education, skills development, and capacity building must be a third focus area for action.

Most people dealing with the plastic waste problem have learned what they know “on the job”. The same is true for many industry and government decision-makers who have responsibilities in waste management. This knowledge must be pooled and expanded via an inclusive platform like the conference.

The outcome of all these conference sessions will be the guidebook, which includes the decision-making framework. Delegates will be invited to scrutinise the content and contribute case studies to be considered for inclusion, with a view to publication by September.

This guidebook will be made available to all interested decision-makers, including the UN and its agencies, such as the Abidjan and Nairobi Conventions, and African Union and SADCC nations. This not-to-be-missed conference will be a place to share the success stories of people already engaged in the fight against plastic pollution, so that others can learn from their experiences and develop alternatives that fit their own beloved countries.

For more information, and to register for the conference, visit: https://conference.sst.org.za/

Dr Tony Ribbink is the founding trustee of Sustainable Seas Trust and is currently the CEO and the director of the African Marine Waste Network, SST’s primary project. Dr Ribbink developed and led the African Coelacanth Ecosystem Programme, taking it to the NEPAD Flagship Status before assuming leadership for SST. Prior to leading the African Coelacanth Ecosystem Project, Dr Ribbink managed the World Bank-supervised Lake Malawi/Niassa SADC/GEF Biodiversity Conservation Programme, where he was responsible for the development of a scientific, socio-economic and conservation strategy for Malawi, Mozambique, and Tanzania in managing the lake and its catchment. Prior to that, Dr Ribbink was Deputy Director and then Acting Director of the South African Institute for Aquatic Biodiversity. 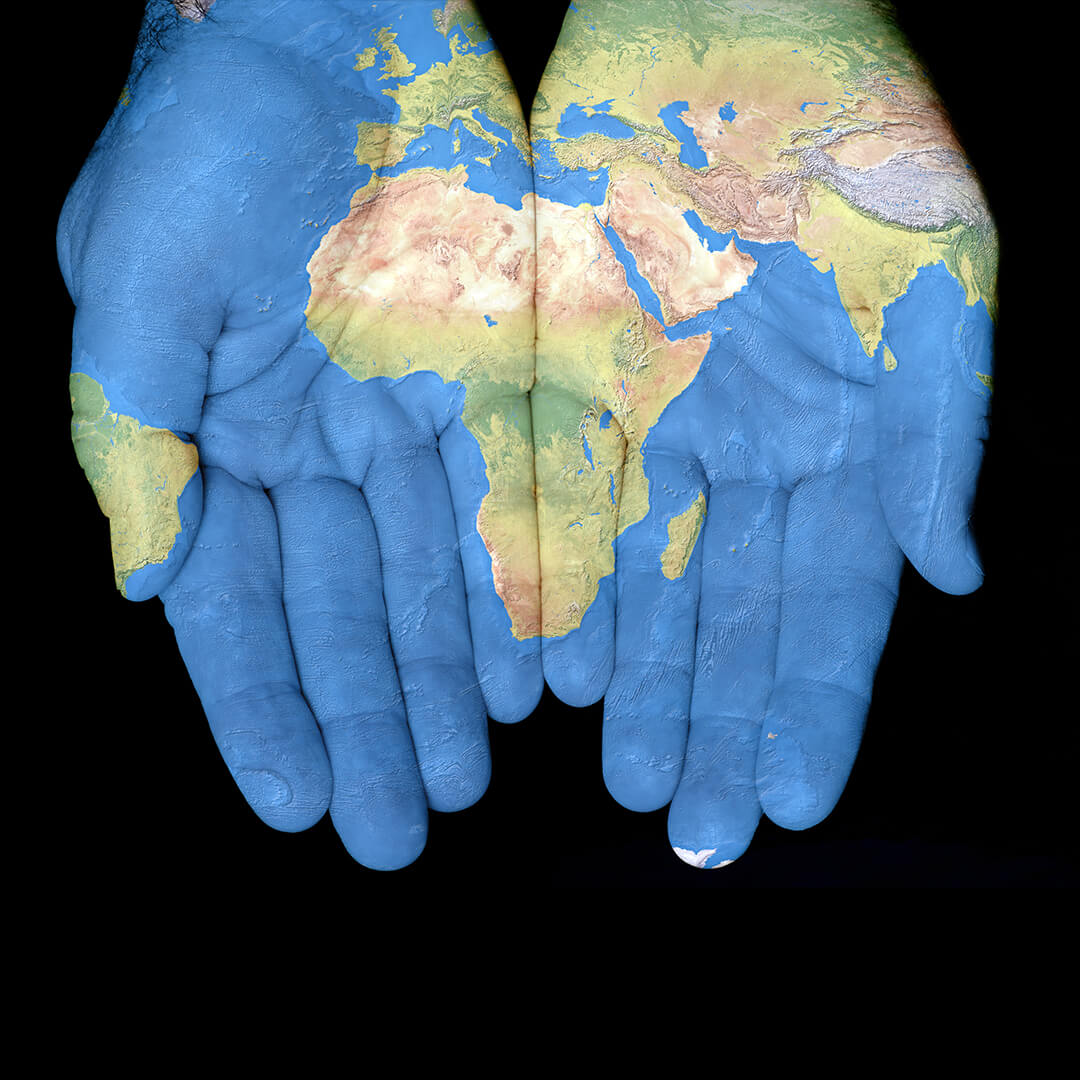 TO REGISTER FOR OUR CONFERENCE 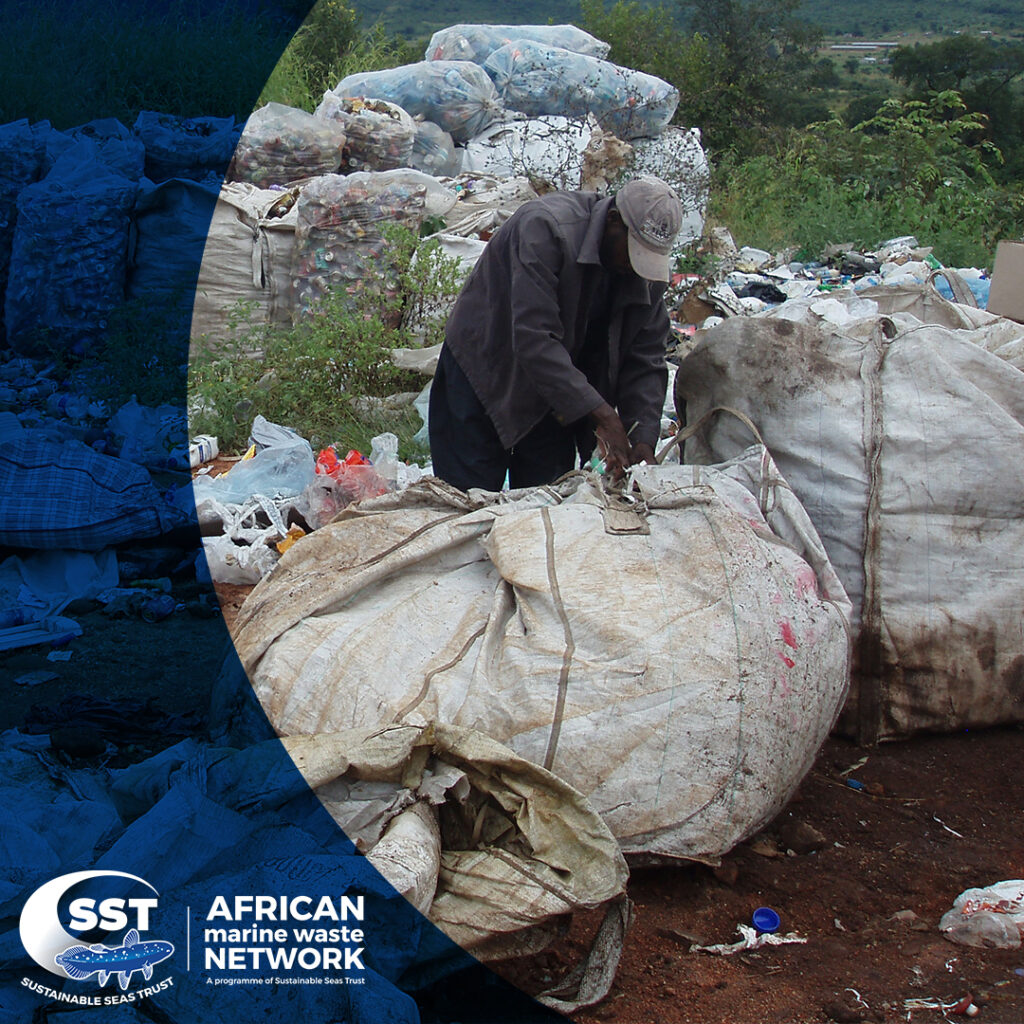 As the second most polluted continent, it’s important for us to take proactive steps and find uniquely African solutions for our own challenges

END_OF_DOCUMENT_TOKEN_TO_BE_REPLACED 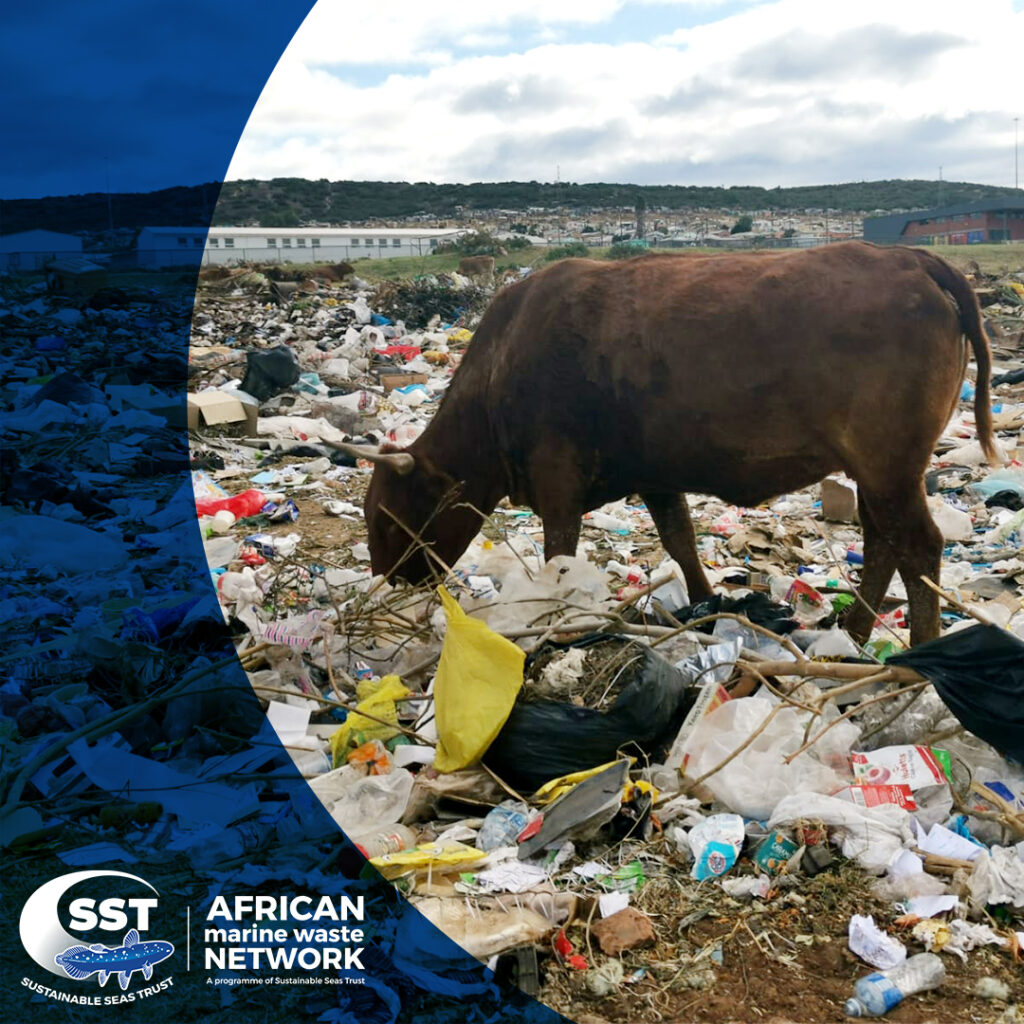 Time to free Africa from its plastic waste chains

We need to support African initiatives developed by African people

END_OF_DOCUMENT_TOKEN_TO_BE_REPLACED 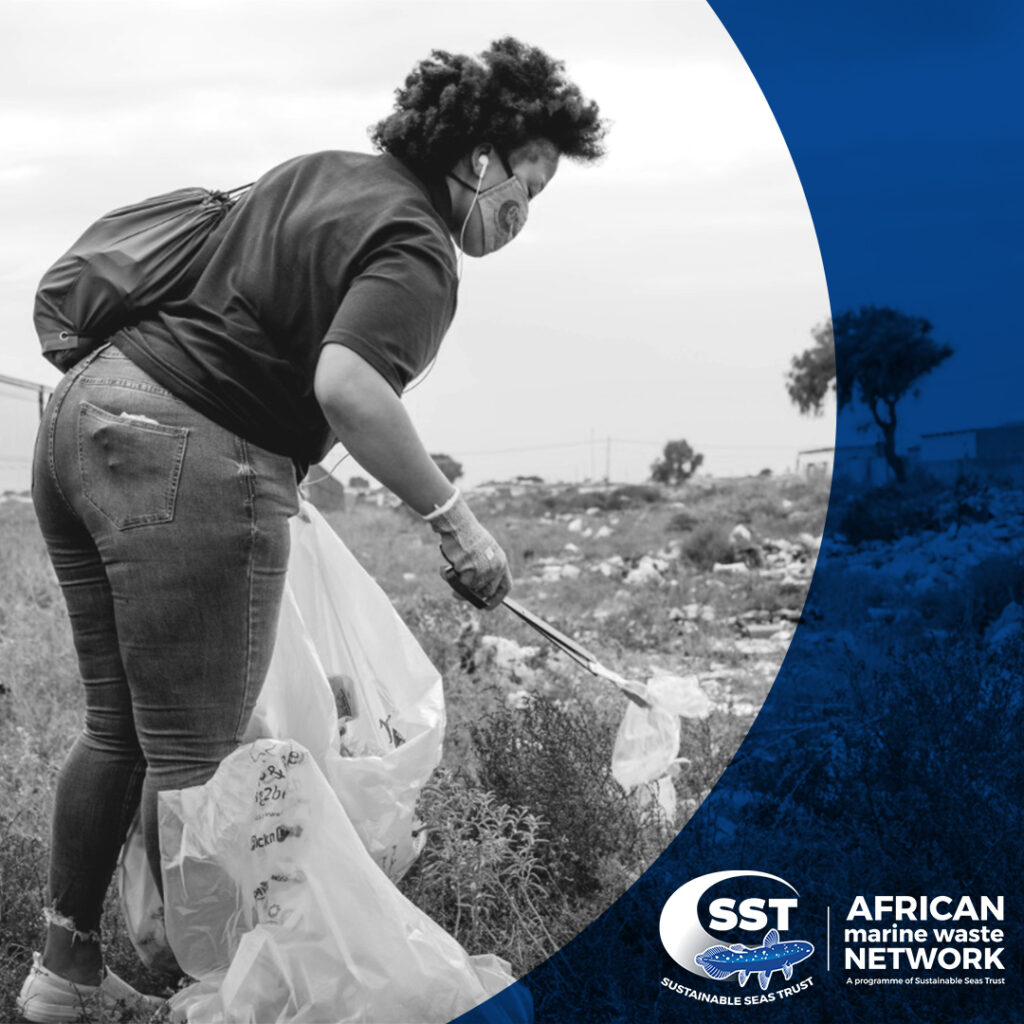 It’s time for action as we have reached a dramatic tipping point in Africa’s massive plastic waste problem.

END_OF_DOCUMENT_TOKEN_TO_BE_REPLACED 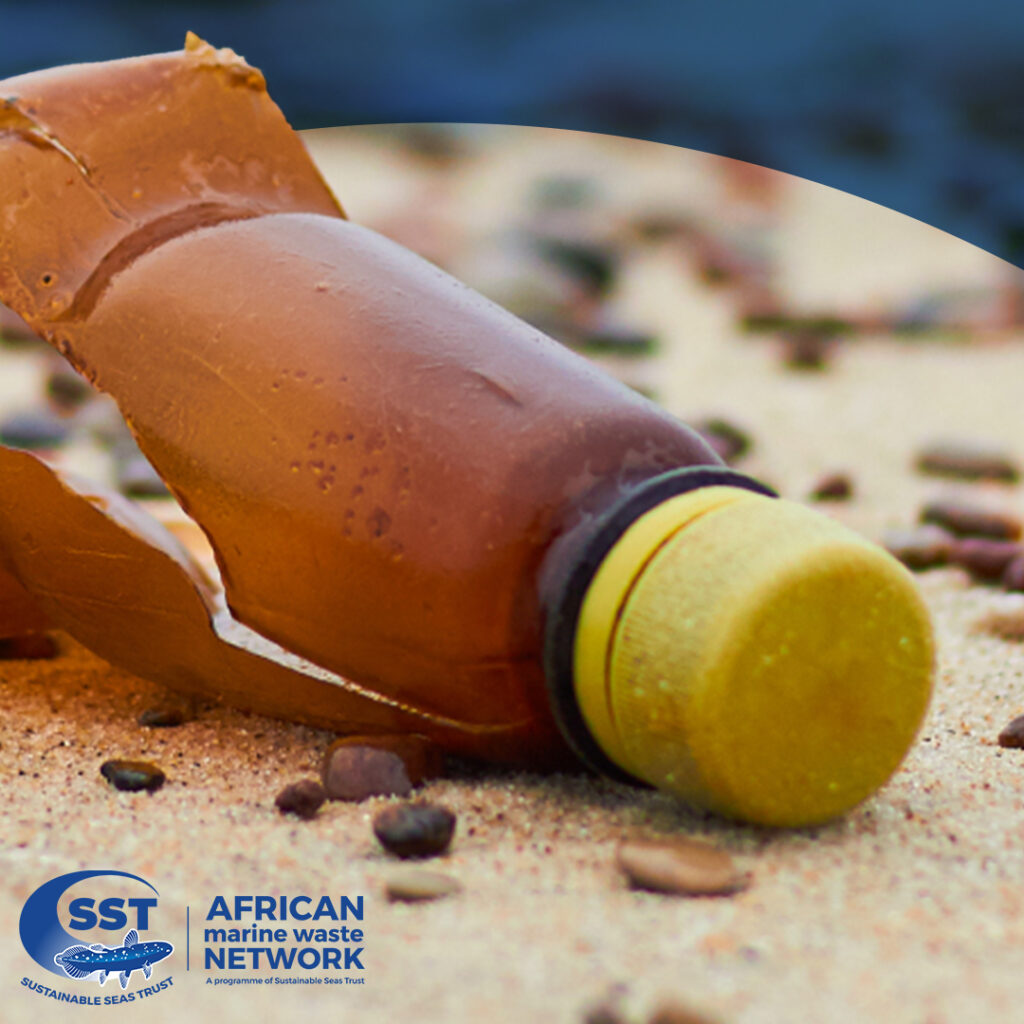 The time for talking is past.

END_OF_DOCUMENT_TOKEN_TO_BE_REPLACED 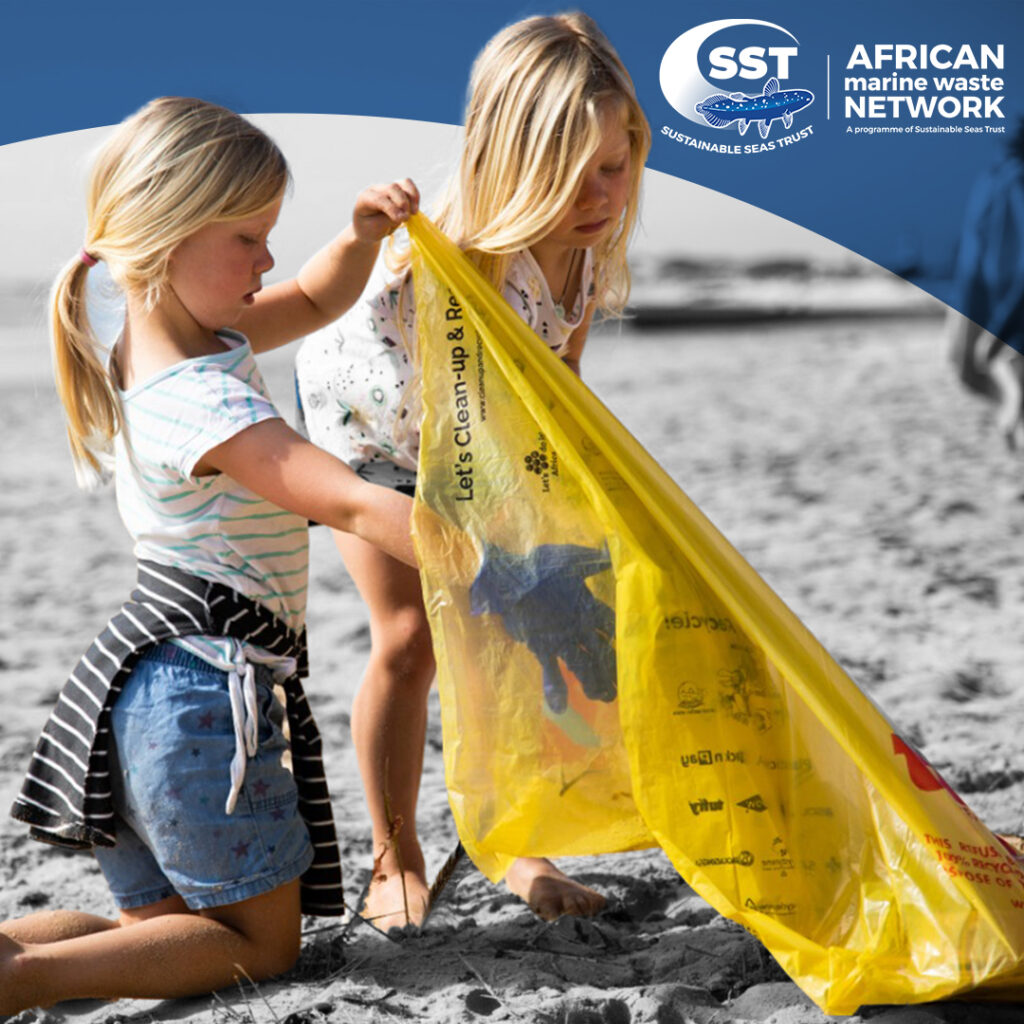 We no longer have the luxury, or time, of just talking

END_OF_DOCUMENT_TOKEN_TO_BE_REPLACED 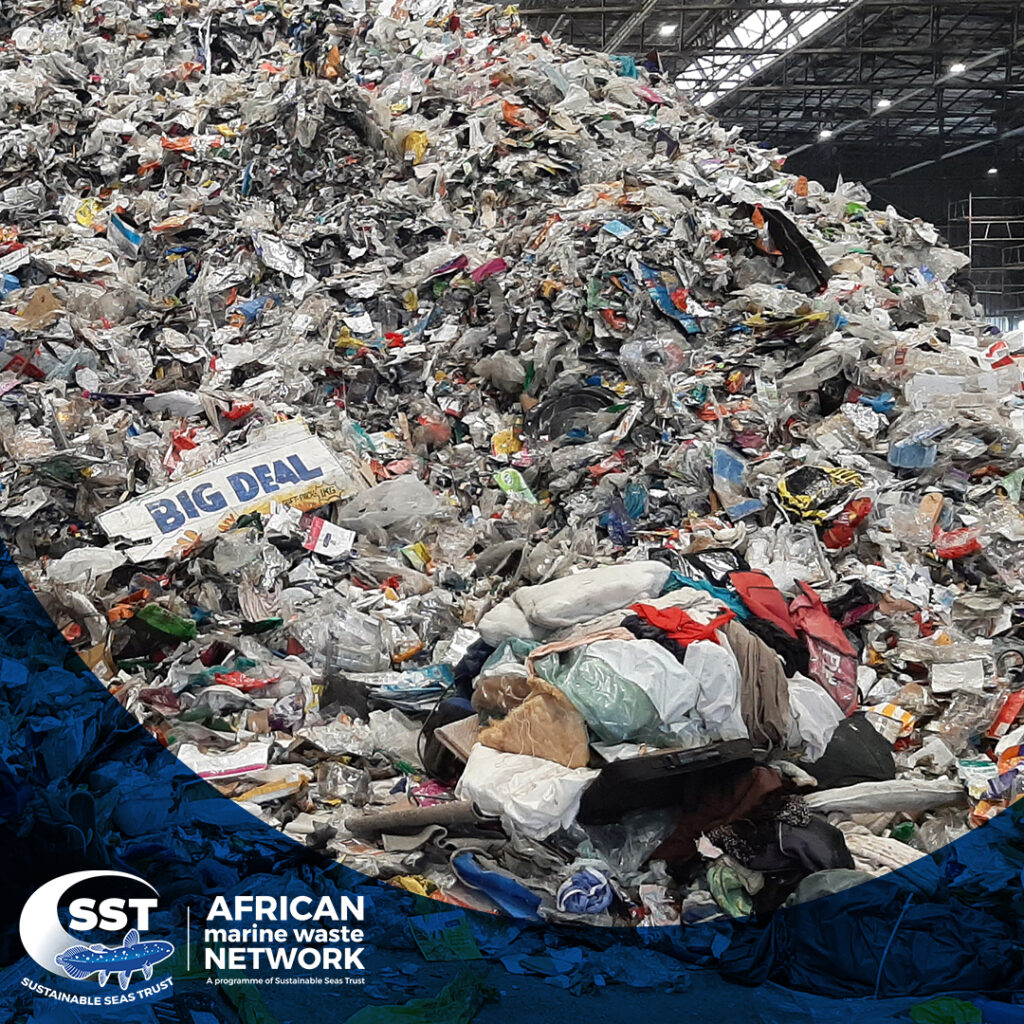 Conference a chance for Africa to shine

As the second most polluted continent, it’s important for us to take proactive steps